What is this mysterious bubbly beverage with the weird name?

Kombucha (also tea mushroom, tea fungus, or Manchurian mushroom when referring to the culture; botanical name Medusomyces gisevii) is a fermented, slightly alcoholic, lightly effervescent, sweetened black or green tea drink commonly consumed for its supposed health benefits. Sometimes the beverage is called kombucha tea to distinguish it from the culture of bacteria and yeast. Juice, spices, fruit or other flavorings are often added to enhance the taste of the beverage. Source:  https://en.wikipedia.org/wiki/Kombucha 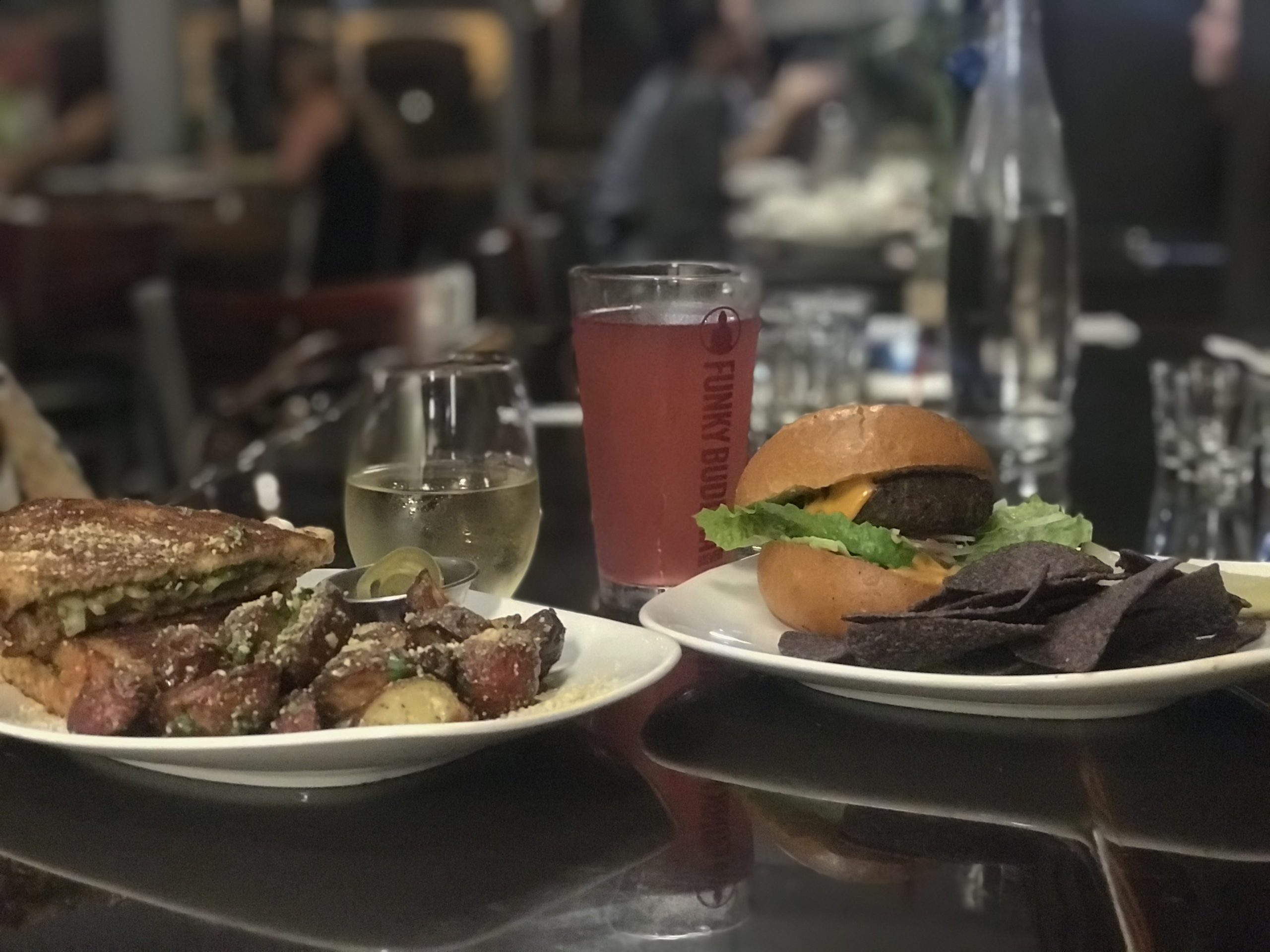 We know kombucha is a delicious beverage to complement any meal, But is kombucha good for you? Here are eight well-documented health benefits:

Kombucha is thought to originate in China or Japan. It’s made by adding specific strains of bacteria, yeast and sugar to black or green tea, then allowing it to ferment for a week or more. During this process, bacteria and yeast form a mushroom-like film on the surface of the liquid. This is why kombucha is also known as “mushroom tea.” This blob is a living symbiotic colony of bacteria and yeast, or a SCOBY, and can be used to ferment new kombucha. The fermentation process produces acetic acid (also found in vinegar) and several other acidic compounds, trace levels of alcohol and gases that make it carbonated. A large amount of bacteria also grow in the mixture. Although there is still no evidence for the probiotic benefits of kombucha, it contains several species of lactic-acid bacteria which may have probiotic function. Probiotics provide your gut with healthy bacteria. These bacteria can improve many aspects of health, including digestion, inflammation and even weight loss. For this reason, adding beverages like kombucha to your diet might improve your health in many ways.

Provides the Benefits of Green Tea

Green tea is one of the healthiest beverages on the planet. This is because green tea contains many bioactive compounds, such as polyphenols, which function as powerful antioxidants in the body. Kombucha made from green tea contains many of the same plant compounds and presumably boasts some of the same benefits. Studies show that drinking green tea regularly can increase the number of calories you burn, reduce belly fat, improve cholesterol levels, and help with blood sugar control and more. Studies also show that green tea drinkers have a reduced risk of prostate, breast and colon cancers.

Antioxidants are substances that fight free radicals, reactive molecules that can damage your cells. Many scientists believe that antioxidants from foods and beverages are better for your health than antioxidant supplements. Kombucha, especially when made with green tea, appears to have antioxidant effects in your liver. Rat studies consistently find that drinking kombucha regularly reduces liver toxicity caused by toxic chemicals, in some cases by at least 70%. While no human studies exist on this topic, it does seem like a promising area of research for people with liver disease.

One of the main substances produced during the fermentation of kombucha is acetic acid, which is also abundant in vinegar. Like the polyphenols in tea, acetic acid is able to kill many potentially harmful microorganisms. Kombucha made from black or green tea appears to have strong antibacterial properties, particularly against infection-causing bacteria and Candida yeasts. These antimicrobial effects suppress the growth of undesirable bacteria and yeasts, but they do not affect the beneficial, probiotic bacteria and yeasts involved in kombucha fermentation. The health relevance of these antimicrobial properties is unclear.

Heart disease is the world’s leading cause of death. Rat studies show that kombucha can greatly improve two markers of heart disease, “bad” LDL and “good” HDL cholesterol, in as few as 30 days. Even more importantly, tea (especially green tea) protects LDL cholesterol particles from oxidation, which is thought to contribute to heart disease. In fact, green tea drinkers have up to a 31% lower risk of developing heart disease, a benefit that may also apply to kombucha.

Type 2 diabetes affects over 300 million people worldwide. It is characterized by high blood sugar levels and insulin resistance. A study in diabetic rats found that kombucha slowed down the digestion of carbs, which reduced blood sugar levels. It also improved liver and kidney function. Kombucha made from green tea is likely to be even more beneficial, as green tea itself has been shown to reduce blood sugar levels. In fact, a review study of almost 300,000 individuals found that green tea drinkers had an 18% lower risk of becoming diabetic. Further human studies are needed to investigate the benefits of kombucha for blood sugar control.

May Help Protect Against Cancer

Cancer is one of the world’s leading causes of death. It is characterized by cell mutation and uncontrolled cell growth. In test-tube studies, kombucha helped prevent the growth and spread of cancerous cells due to its high concentration of tea polyphenols and antioxidants. How the anti-cancer properties of tea polyphenols work is not well understood. However, it’s thought that the polyphenols block gene mutation and growth of cancer cells while also promoting cancer cell death. For this reason, it is not surprising that tea drinkers are much less likely to develop various types of cancer. However, whether kombucha has any anti-cancer effects in people has not been confirmed. Further studies are needed.

Healthy When Made Properly

Kombucha is a probiotic-rich tea with many potential health benefits. You can purchase it in stores or make it yourself at home. However, be sure to prepare it properly. Contaminated or over-fermented kombucha can cause serious health problems and even death. Homemade kombucha may also contain up to 3% alcohol. The safer option is to buy kombucha at a store or online. Commercial products are tasty and considered alcohol-free, as they must contain less than 0.5% alcohol. However, check the ingredients and try to avoid brands that are high in added sugar. Source:  https://www.healthline.com/nutrition/8-benefits-of-kombucha-tea#section2 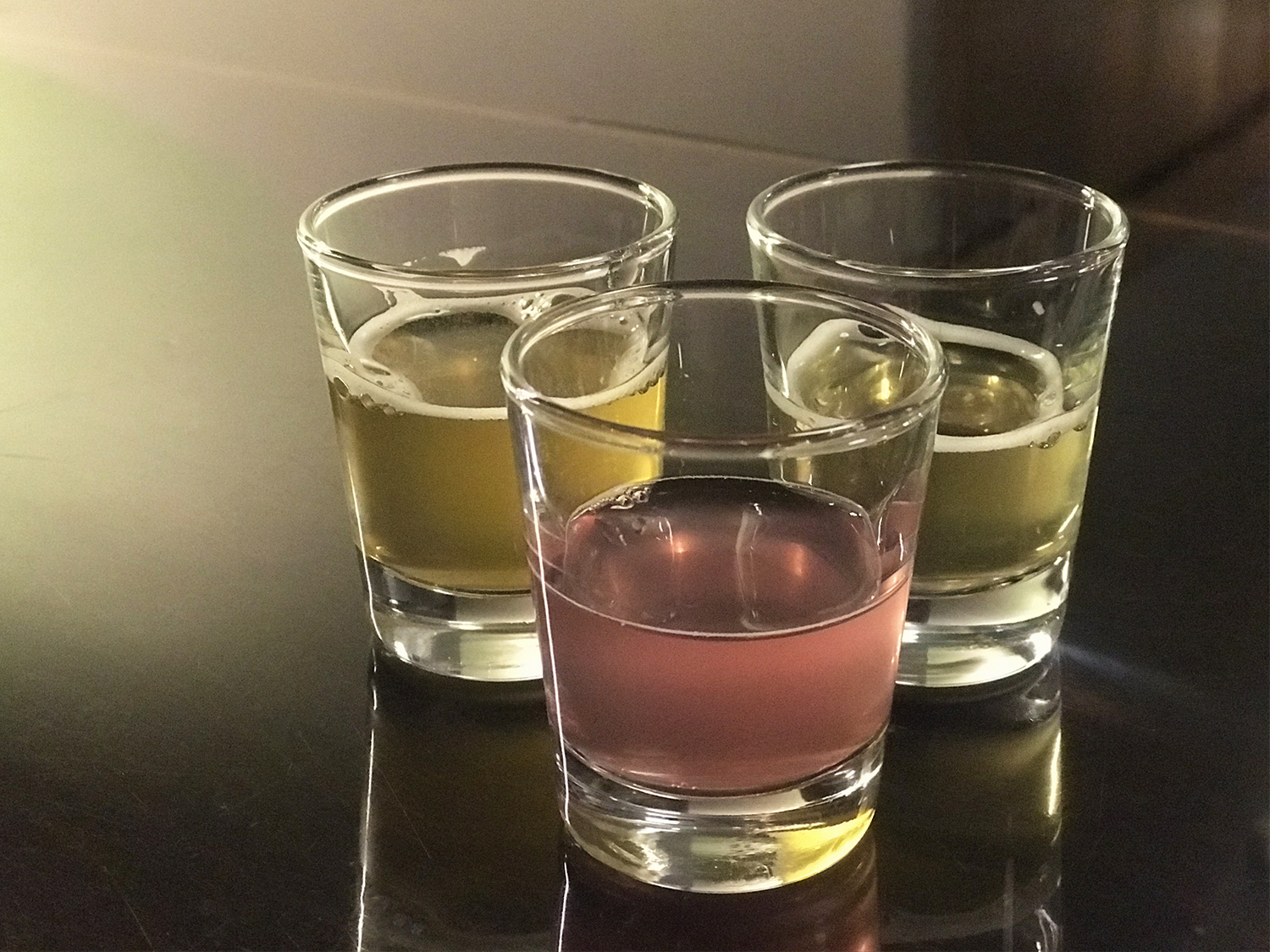 Such a variety of flavors have hit our taps recently from these two local sources! Some of our favorites are Spiced Chai, Hibiscus Watermelon, Ginger Root, and Holy Basil Sorrel. Not sure what flavor to try, just ask for a sampler!

If you’ve never tried kombucha, it tastes like a flavored soda with a little kick. And don’t be afraid of the little specs you may see floating within it. Those are SCOBY. What is SCOBY? A SCOBY (or SCOBAY), short for symbiotic culture of bacteria and yeast, is a syntrophic mixed culture of yeast and bacteria used in production of several traditional foods and beverages. Source:  https://en.wikipedia.org/wiki/SCOBY

We hope this clears up the mystery about the bubbly drinks you see so many people smiling over at Fruits & Roots. Don’t be afraid, go ahead and give Kombucha a try.  It will likely make you smile too!